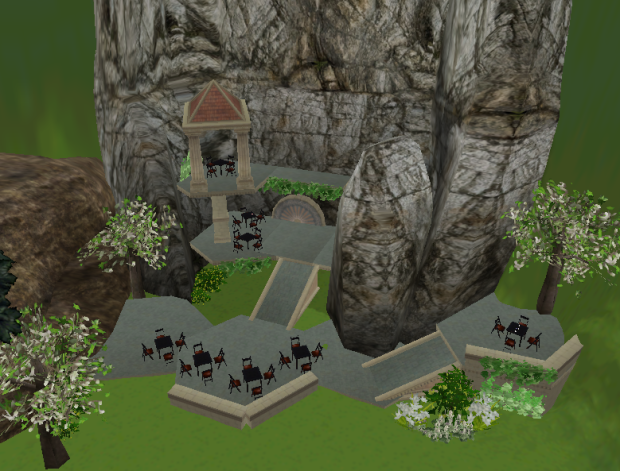 Do you like to play Spades in There? The Cards Rock Club holds two Spades tournaments a week in the beautiful Ridge neighborhood on the island of Aurora.

The build at Cards Rock is a sight to see! Card players start the tournament at the bottom landing of Card Rock. Once a round of Spades has been played the winners progress up to another landing on the Rock to play the next round. Eventually players reach the top of the rock to play the final round in the tournament.

Cards Rock events like to spice up their Spades a bit and host games with a twist in the rules. If you like to play  Spades and want to participate in a challenging game, head over to their next event OCD Spades. This crazy version of Spades, players must play their cards from left to right as they are shown on the playing panel. Players make their move with the card furthest to the left that is playable. You’ve got to stay on your toes to play this game of Spades.